We, Team Hasiru, successfully held this brilliant event in Turahalli forest, to make the forest a cleaner beauty.

Breathtaking enough to make your lungs heave a euphoric sigh of relief. Picturesque enough to keep you gazing at the lush, green beauty. Bounty enough to make you wonder in disbelief, as nature showers all its goodies on humankind.

A brilliant example of how exuberantly something can thrive without human intervention.
Humans derive so many necessities and luxuries from forests. We have revered Mother Nature and forests in the past. Have we forgotten the popular saying, ’Cleanliness is next to Godliness’?

Selflessly catering to our needs and greed, the forests ask nothing from us. It is not just courtesy but our duty to commemorate and revive the forests.

So we headed out! 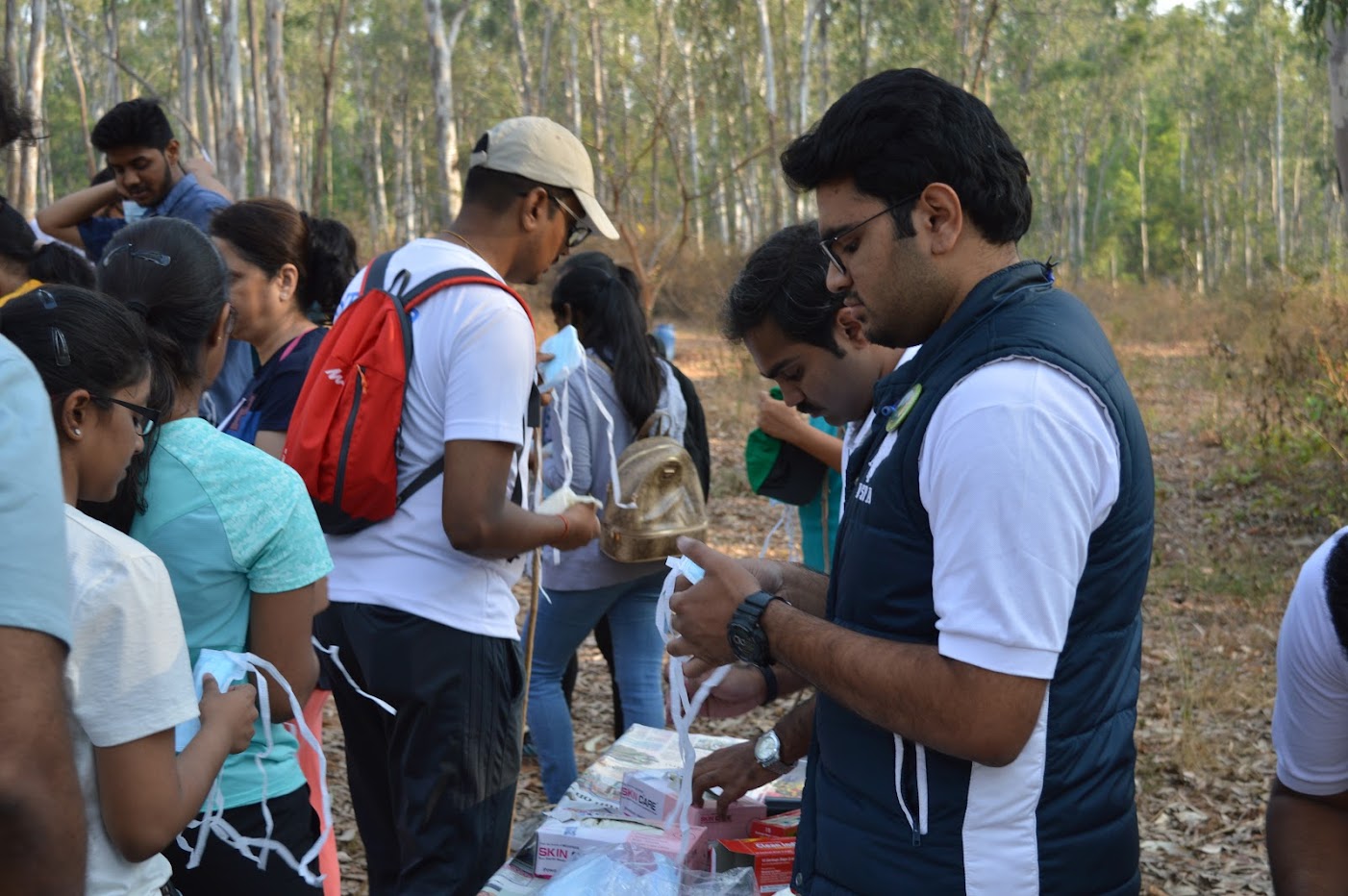 Distributing masks and gloves to all the volunteers.

On 24th March, 2019, Team Hasiru organized a one of a kind event, a clean-a-thon!
We all know about the Amazon Rainforests, South America, the lungs of the world,undergoing depletion at an alarming rate. There is very little we can do about this, but have you all heard about the forests in Bengaluru?

Forest(s) in Bengaluru? A look of disbelief followed by frantic attempts to fact check can be avoided at this juncture. Let me shed some light on what is said to be the only surviving forest in Bengaluru -the Turahalli forest.

Located 20 km off Kanakapura road, this deciduous forest is home to a myriad variety of flora-orchids, figs and fauna-hares, jackals. It also boasts of its bird population which include great horned owls, mynas and more. Over the years, it has also become a favourite spot for enthusiastic cyclists and rock climbers.

The question of why this introduction was necessary arises. We ought to protect the few things he have around us. But do we? 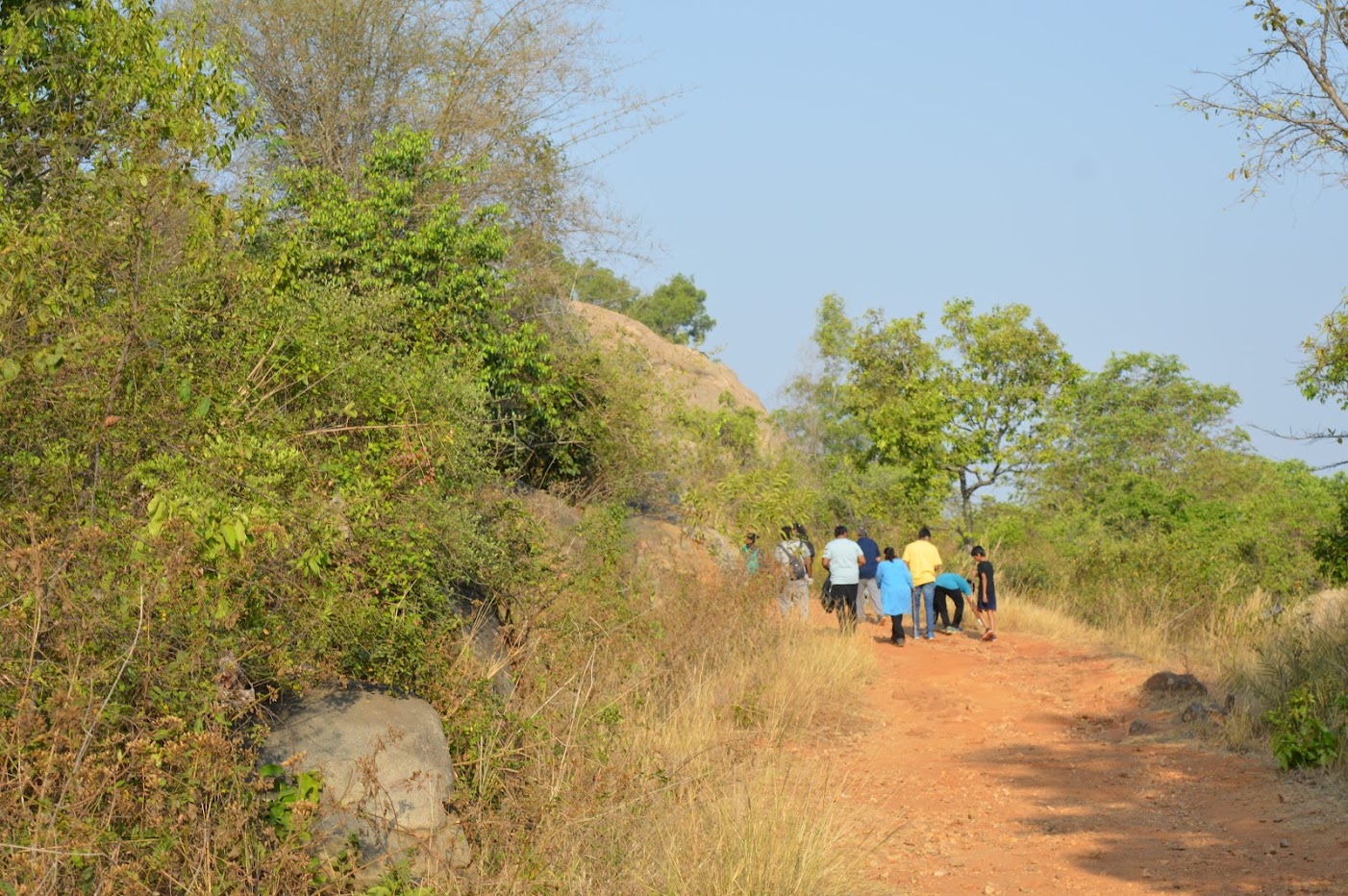 Trekking the path towards cleanliness.

Thanks to the Karnataka Forest Department, we were fortunate enough to witness the scenario here and do our bit to help alleviate the situation there. Without their support, an event with 50+ enthusiastic participants would not have been possible. The work they have done in the field is commendable.

Away from the din and noise of the city, all the participants were eagerly looking forward to the day’s activities. Although sun-kissed areas of the forests looked beautiful early in the morning, it was disturbing to look at the amount of plastic spewn all around. Bottles, plastic bags, cans, chips packets etcetera. It looked like the forest was choking on the items that we just throw casually, without looking at the bigger picture. 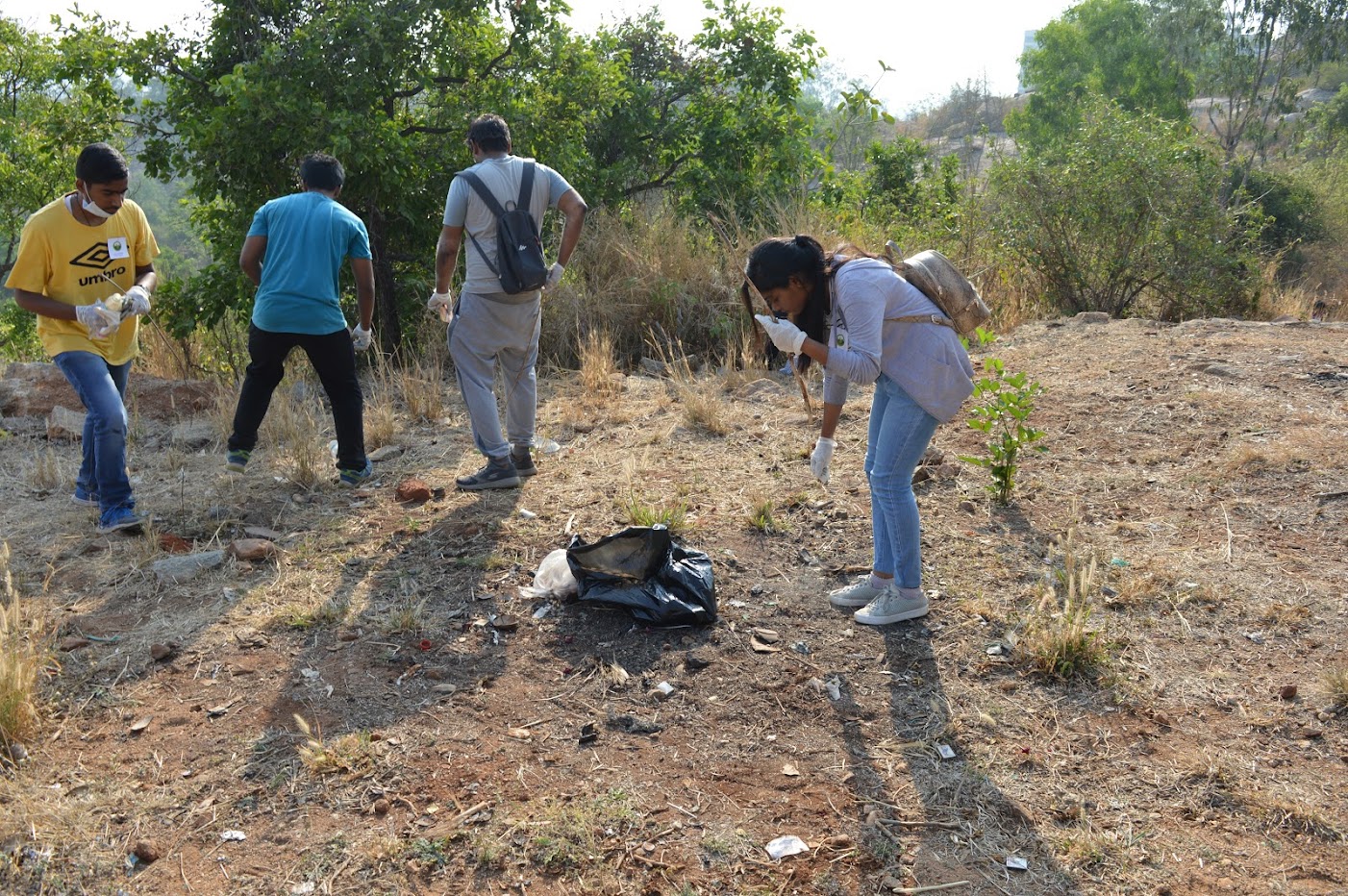 Dedicated clean-up by our volunteers.

What can be a better start to an event than some theatre? A wonderful street play was performed by the volunteers carefully taking all the participants through the burning issues today-wildlife conservation, illegal encroachment and prevention of forest fires. A lot of tips were given regarding conservation of wildlife. The audience, aged anywhere between 7 and 70, were thoroughly engaged in watching and understanding the street play. The participation was exemplary as it showed that you don’t have to be young or old to contribute to a cause and decide to make a change. After all, we would be the first generation to face the brunt of Mother Nature’s fury and probably the last generation to be able to do something to mitigate that.

Next up, the most exciting part of the event. People were divided into teams and were briefed about the procedure. All the required materials to collect the waste were provided. People were thrilled to be in teams and were all in with the team spirit! 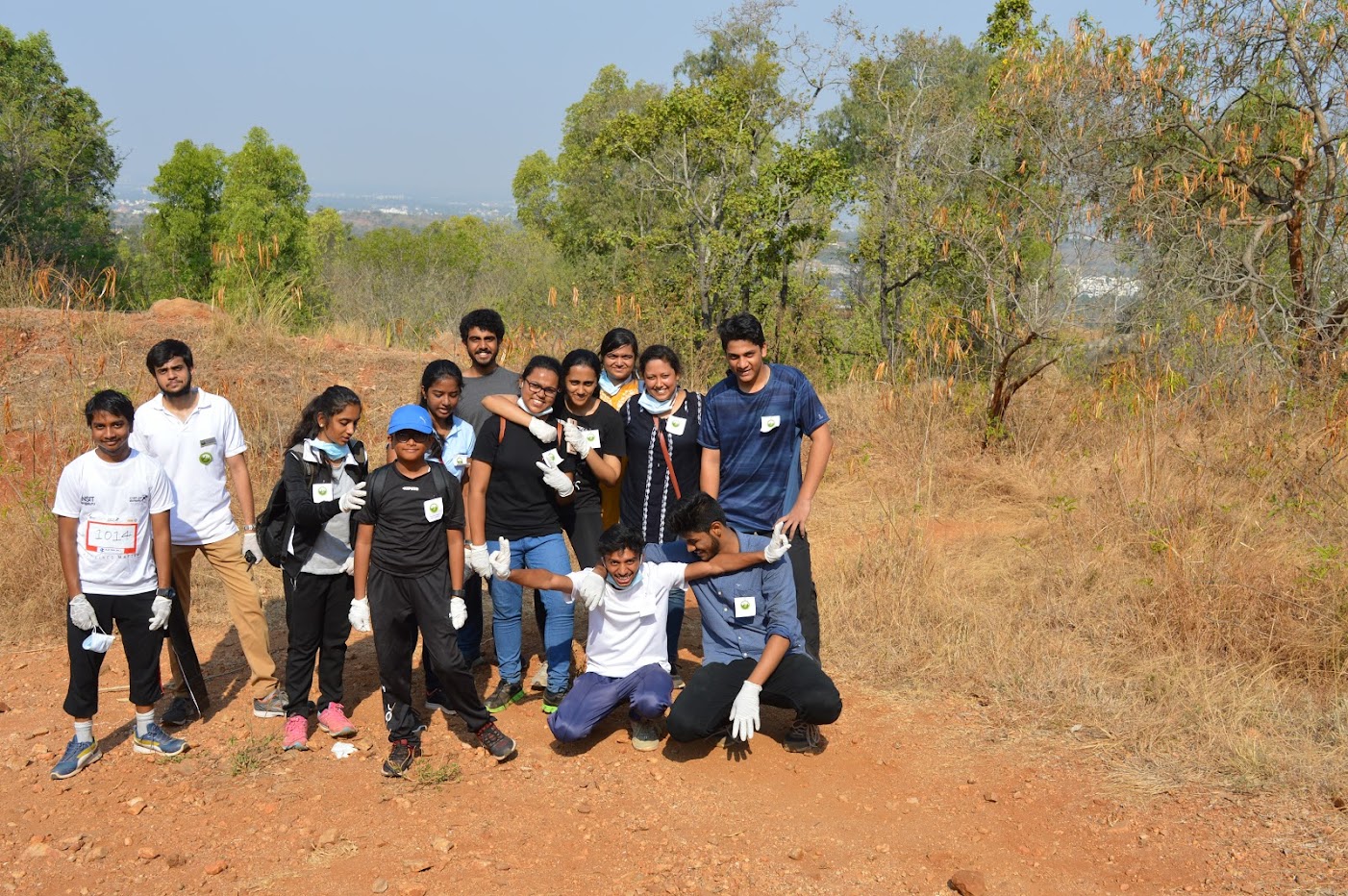 Our volunteers, inside the Turahalli forest.

The participants put in their best, helping each other out. Although filled with the excitement of doing their little bit to help Mother Nature, one could vouch that the guilt of literally swimming in plastic in the city could not leave their minds.

After a long day of picking up plastic in the black bags provided to them,the participants came out robust and thrilled as ever. The children could not wait to tell what they had done to their school mates, the adults could not help but post it on social media and raise awareness. Both groups could not believe what they saw on looking back at the whole area, what the power of unity and team spirit can do.

It was time for refreshments! After having spent the day, everyone gulped cold juice and had some biscuits in the scorching summer heat. Everyone got acquainted to their team members and members from the other teams even better. 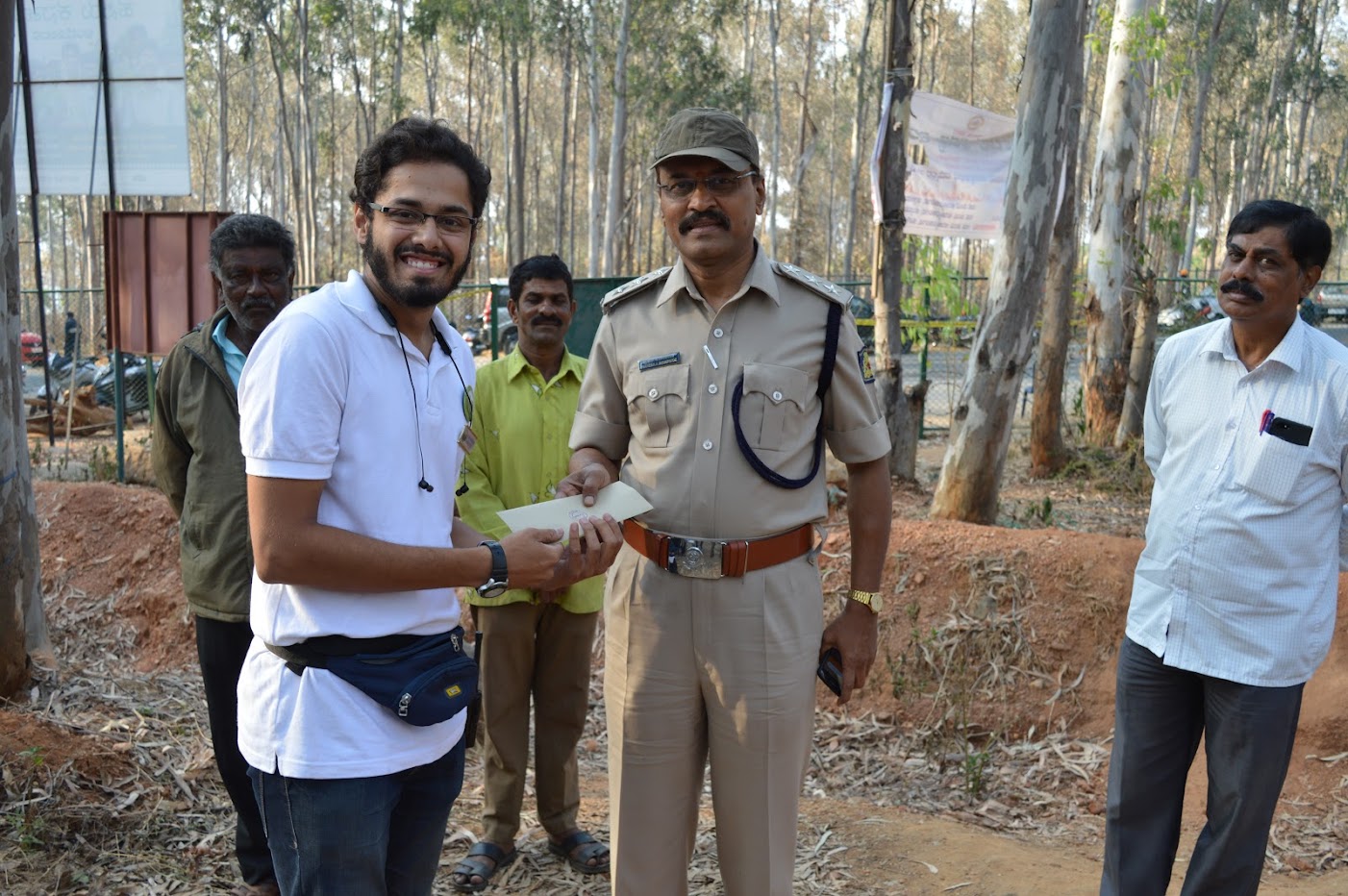 Thanking the officer in-charge for this coveted opportunity.

Oh, it was time to say goodbye. It was surely a long day but there was so much that each one had accomplished on that particular day! A number of photographs were taken with the whole team of volunteers.

A Sunday that would have otherwise been rather unproductive, was actually a great learning experience, thanks to the outstanding work by Team Hasiru and its volunteers. Without their undying efforts in trying to be the change they wish to see, this event wouldn’t have been a grand success.

A beautiful poem, on Nature.

Read on to know how we obliviously beckon Nature's wrath.